To follow the energy of life, you will discover that it is always seeking the best of what you might become.

The study of Nature is intercourse with the Highest Mind.
You should never trifle with Nature. –Louis Agassiz

Reading at a Glance: Ta Kuo can have the message that something is too much, or a situation has come to a condition of Critical Mass ~ an adjustment is needed. The roof has become too heavy for the support of the ridgepoles or foundation. Exuberance of thought or ideas are weighing down on an old foundation that was built to support the past. Being out of touch with the reality of the situation or excess of some kind can be at play. Ta Kuo suggests the hidden influence of the Creative at the root of the situation, where this tension is actually the driving force of great creativity and accomplishment. Nature uses tension to push all things beyond the known ~ opposites collide and all are lifted to a higher, more sustainable level. Even while Critical Mass feels uncomfortable, it will lead to a readjustment. In this case, you may have to push beyond what you feel is limiting you by adapting and adjusting. You may need to stand alone with no support during this time of crisis and simply give form to your vision. Too much of a good thing is not always good so Ta Kuo can also suggest moderation. Nourishing Vision without putting it to proper use reveals an underlying cause of perhaps needing to ‘come out’ and show the world what you have been working on. This can be a perfectionist who spends a lot of time practicing, but is fearful of competition or feedback. Look to your work to stand on its own merit. Believe in what you are doing and don’t worry about support and acceptance because that is the message of this hexagram: be undaunted. However, this can be a situation where ideas have taken over what is actually witnessed as experience. You may be heaping an old way of thinking on a foundation of the past. Either way, a quantum leap into a new way of interacting is in the air. The old way of interacting is not sustainable and the old paradigm will crumble. Critical Mass holds the essence of the Sage’s greatest lesson: tranquility in disturbance. It is not expectation that you hold to; it is the certainty that everything is unfolding perfectly to create change. You succeed because you find that the tension can actually generate excitement and the joy of doing the work.

that come to soften

“Nourishing something without putting it to proper use, will finally evoke movement in the image of the great becoming overwhelming.” Like a heavy roof that rests upon a weak foundation, the structure sags in the middle and will come down. Ta Kuo is a message about putting accumulating energy to work.

Unbalanced energy always generates a chain reaction. A series of events ensue, in which each event is both the result of the one preceding, but also, the cause of what follows. Ta Kuo demonstrates how protecting a weak foundation or outworn idea is no match for the power of nature to bring it down.

The master said: “if you must stand alone, be unconcerned. If you must renounce the world, be undaunted.” Natural action can only manifest when you eliminate your sense of right and wrong, or good and bad. Following how nature is unbiased will return you to a pathway of wellness and balance.

Nature, in its Creative form, explores diversity by bringing opposites together. At the same time, a constant movement of the Yielding takes form in life’s pursuit of balance. When you defend yourself against Creative change, you are forced to become open or Yielding. Floating along Yielding to past beliefs, events will force you to embrace Creative change. When either is overly demonstrated, the other emerges to strike a balance.

Hunted to near extinction near Yellowstone National Park, wolves were reintroduced to control the exploding bison and elk populations which grew in their absence. A chain reaction ensued. Biologists recorded numerous scavengers, including animals, birds and insects that fed on the new carcasses. They discovered a food chain impact not previously appreciated. Once the park reverted to a more natural environment, the elk were again prey. They moved more, and grazed less on the willows, which also began to thrive. The flourishing willows allowed beavers to build dams and transform small meadows into lakes, where fish, waterfowl and other insects began to thrive. Protecting the elk and bison from being the top of the food chain is like “nourishing something without putting it to proper use.” This unnatural intervention caused a chain reaction of stagnation. It denied sustenance to a myriad of creatures. This is how beliefs can interfere with life’s natural drive to explore the best of what it might become.

When the excessive overwhelms the weak, the weak will rise in a chain reaction, whether in politics, the natural world, or within the paradigm of the individual. The Wind, with the Creative at its center, is seeking a transition, but the Lake can be viewed as joyous oblivion. From within you, the Creative seeks expression and being naturally yourself is your only option.

While the ridgepole sags, “it furthers one to have somewhere to go.” The transition will lead you somewhere. Ta Kuo suggests an unnatural condition that contains within it the power for renewal. Critical mass is like the explosion of the Big Bang, where new life emerged from a point of nothingness. In actuality life was already there just in another form. Authenticity and naturalness is life's main thrust. Meeting the challenge becomes your point of re-entry into a more sustainable way of interacting, even if the atmosphere has grown heavy.

Stalking crisis = good for heroes but not peacemakers. Critical Mass unchanging can mirror a situation where you are busy or overwhelmed at work. You may need a vacation to avoid burnout. It can be a warning that the object of your enquiry has stress attached to it in a way you aren’t recognizing. Unchanging, Critical Mass portrays trying events that stay in suspension for a long period, such as the test of faith that comes from being a caregiver in a difficult situation. It can also show a person who complains constantly without changing anything. It can portray someone who stalks crisis to avoid commitment. It can show how others might be using the shock factor when interacting with you, either leaving you hanging or as a way to get a response out of you. Some people thrive on pushing the envelope, but others thrive on pushing our buttons. Some become the mover and shakers of the world, while the constant pursuit of a challenge can make them either loners or lonely. However, if you are feeling a sense of abandonment, you might want to look at the type of environment you are currently creating for yourself. Drama and keeping balls in the air can hide a fear of commitment. Perhaps you refuse to move on in some way or are failing to get the message that the current situation is just too much. In other words, it is not sustainable and the roof will come down. You may need to build a stronger foundation that can bring you a better sense of peace. Allow change to move you through a transition toward a more peaceful atmosphere. You may soon be making a tough decision you are avoiding.

Spread white rushes underneath = no blame. Changes to (43) Determination. There is a need to take preparatory steps or be more cautious about building a careful foundation prior to proceeding. Don’t put the cart before the horse. You may need to examine how resolute you are in actually going after your goal. The white rushes symbolize a mat of calmness beneath you as your Determination leads to a Breakthrough of clarity in a challenging situation.

A dry poplar sprouts at the root, an older man takes a young wife = everything furthers. Changes to (31) Influence/Wooing. There is a fresh start to a situation that may have seemed to have withered or died. A renewal can take place because fresh ideas or new insights invigorate a decayed situation. You can encourage new growth by exciting or Influencing others by your ideas. Pushing forward willfully will get you nowhere.

The ridgepole sags to the breaking point = misfortune. Changes to (47) Oppression/Exhaustion. During critical mass a change is needed and just pushing blindly ahead will not allow you to succeed. Obstinacy and Oppression will not reinvigorate an already deteriorating situation. Someone may feel trapped or hemmed in and it may just be a negative frame of mind that is causing it. Perhaps the situation is putting unnatural demands on you or others and a little latitude allows everyone to feel a sense of freedom. Step back and look at the situation without clinging or a sense of dependency. Worrying is only depleting you of vital energy.

The ridgepole is braced = good fortune. Changes to (48) The Well. The situation seems robust but you may still find that something is inadequate. Facing this truth may be humiliating but it is the key to making the situation better. Examine the source of your sustenance like a Well. Simply rebuilding the old city will only lead you back to Critical Mass if the Well has gone dry. The Well can be a symbol of dysfunctional dynamics that can be corrected through honest discussion. It is also a symbol of a situation that is not easily changed.

A withered poplar produces flowers, an older woman takes a younger husband = no blame no praise. Changes to 32 (Duration) This is a line often associated with an incompatible couple, unstable love or a relationship that remains friends to stand the test of time. Something you thought was dead is rejuvenated. However, it is not necessarily a good thing because you may feel that you sold out to keep the status quo. If you keep holding on to a deteriorated condition you can become exhausted. It may seem that breaking ties is in order but the situation is not hopeless and can actually endure. Everyone has different needs so don’t measure what feels right to you against what others have. Commitment makes all things possible.

One must go through the water, it goes over one’s head = misfortune, no blame. Changes to (44) Coming to Meet. While you had warning that the situation was dangerous, you allow yourself to keep pushing forward anyway. Unfortunately going too deep into danger means you have no choice but learn to swim. The last line of Critical Mass leads to the Abyss or hexagram (29) associated with Danger. Coming to Meet suggests a valuable lesson to avoid this type of situation in the future. You did nothing wrong because you probably didn’t know a problem existed. Explore your Shadow or how you might be blaming others for a condition that is uniquely yours. 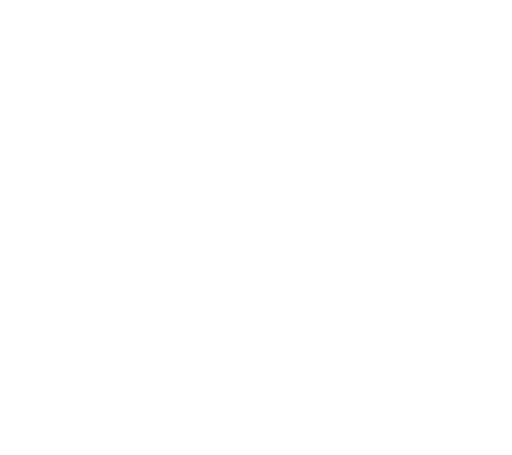