"Bears, dragons, tempestuous
on mountain and river,
startle the forest
and make the heights tremble.

Clouds darken
beneath the darkness of rain,
streams pale
with a pallor of mist.

The gods of Thunder and Lightning
shatter the whole range."
-Li Bai

On a warm afternoon, a cold front moves in. The wind builds in momentum, stirring the dark clouds gathering along the eastern horizon. Out of nowhere, a flash of lightning explodes in brilliant color as Thunder Birds, Feathered Serpents and Dragons scratch their long talons against the sky.

Although the lightning illuminates the scenery of a distant horizon, we feel the reverberation of the Thunder deep within our bones.

Thunder is the sound of heated and expanded air when lightning moves through it. We see the lightning and measure its distance by the amount of time that elapses before we hear the thunderclap. “How admirable, he who thinks not that life is fleeting, when he hears the sound of thunder.” Lightning redistributes unbalanced energy in the atmosphere, and finds its most direct pathway to the earth. When thunder and lightning emerge, nature shows us its incredible rejuvenating power. It is a sure sign that the climate is about to change.

The ancient Masters observed the behavior of Thunder as the Shocking or Arousing energy called Chen. Like the storms of early spring, the Thunder and Lightning 'arouse' the sleeping seeds of the Creative (Ch’ien) beneath the Earth (K’un.) Chen came to signify nature’s arousing and shocking energy, inspiring movement and growth from a state of slumber.

Chen takes form when the bottommost of the three open lines representing K’un, or winter’s incubation transforms into a solid line. As this Yin line is impregnated with the creative force of Yang, K’un becomes Chen and spring bursts through the opening.

In virtually all myths, Thunder was personified as characters who ushered in the changing seasons. It is a time when warm and cold fronts collide, transforming the atmosphere and ultimately the landscape. In Norse mythology, ‘The Great Hunt’ came at the onset of winter. Odin, as the ‘Wild Huntsman’ led Thor, the god of Thunder, across the sky, pulled by a chariot of baying hounds and snorting horses. Townsfolk often left food out for ‘The Flying Host,’ who flew overhead on a mission to gather the disembodied spirits of the dead. From these early traditions, our Yule time festivals and Halloween rituals emerged.

In American Indian mythology, the Heyoka and Trickster heroes did outrageous things that went against tradition to keep the tribe from becoming too ritualized. In late winter, they shared stories around the burning campfires to shock the clan from stagnation in preparation for spring.

Nature abhors a vacuum, and energy that is created cannot be destroyed; it simply changes form. According to the ancient I Ching, which preceded the scientific laws of physics by almost 2000 years, “things cannot exhaust themselves.” The ancient Taoist observed how energy that is being depleted is gathering somewhere else. Like the discharge of lightning in a changing sky, nature always moves to redistribute or conserve unbalanced energy.

We too, are a collection of interactive systems that require a natural balance, and life moves to renew us in similar ways. Inherent in the Tricksters, late night comedians who say what shouldn't be said or in our 'Freudian slips' that awaken us from unconscious hibernation, we discover the truth of what we'd rather keep hidden. Released from stagnation, shocking events allow us to escape into a higher order. Whether the earth is aroused during the storms of spring, or whether we are awakened from beneath the shadows of our unacknowledged inner life, Chen sets the stage to allow the Creative to be reborn. 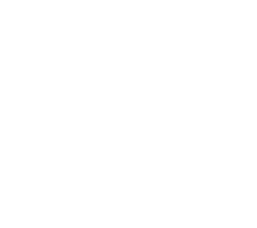