The planets can be viewed as an energy conduit relating to various aspects of your personal makeup. The planets funnel the energy of the astrological signs and depending on their house, sign position and aspects will give definition to your strengths, weaknesses, life focus, challenges and gifts.

Sun: personality, life force, father, male influences and for a woman will describe the male partner.
Moon: subconscious, needs and insecurities, mother, female influences and for a male will describe the female partner.
Mercury: the left brain, logical function, siblings, neighbors and the way we think, talk or express ourselves intellectually.
Venus: the right brain, creative function, how we seek harmony, love and acceptance and the style in our mannerisms and expression.
Mars: the libido, motivation drives, how we go after our desires and our way of interacting with others.
Jupiter: the area of life where grace shines upon us, where we find humor and seek expansion, exuberance and optimism and the expansive function that keeps us growing.
Saturn: the area of life where we feel most challenged and reserved but where we want to ‘get it right’, karmic issues, discipline and the restrictive function necessary to build a solid foundation.
Uranus: freedom from the known, the area of life where we are most unique, where we display innovation and where we will never conform to expectation.
Neptune: creativity and spirituality, illusion and fantasy, our connection to the collective unconscious, the purveyor of dreams, the area of life where clarity or realism may be lacking, higher spiritual wisdom.
Pluto: the area of life where our karmic journey is centered, will to power and how we approach transformation, shadow issues, deeper aspects of sex and our response to what we can and cannot control.
North Node of Moon: the area of life that describes what we need to learn or discover about ourselves.
South Node of Moon: the area of life that we have already mastered, where we turn when not applying ourselves toward the lessons of the North Node.

All of the planets can be viewed to form partnerships of a personal and transpersonal nature. Each counter balance each other, or can be expressed as conscious and unconscious. This means that we either own the energy of the transpersonal planet or project it into experience. You can find more information about the Shadow and projection in the Dream Dictionary.

Sun and Moon: The Sun portrays the personality that we are conscious of expressing. When we read our Sun sign traits, we often say: “Yes, that’s me!” The Moon represents the personality traits of which we are not conscious. The
Sun and Moon can be viewed to run counter to each other as the Sun is given life and expression by day and the Moon seeks expression during dreaming. We dream as a way of overcoming anxiety and fear. The Moon is similar to an autonomous drive ever pushing us toward comfort and a sense of security. When the Sun and Moon are in conflicting elements that deny the expression of the Moon, one can have a general feeling of uneasiness. Fire sign Moons are aggressive about getting their needs met, so a Fire Moon and a Water Sun can tend toward passive aggression or manipulation. Earth sign Moons will seek security from possessions and material concerns so a mutable (adventurous) Sun sign might deny the security orientation of the Moon. Air sign Moons will intellectualize feelings and use the mind as a labyrinth to mask their motivation so an Earth sign Sun might wonder how their drive to obtain stasis is being
thwarted by their inquisitive Moon. Water sign Moons seek emotional gratification and depth of feeling and might be stifled beneath an Aquarian Sun which leans
toward emotional aloofness. That is why the symbolism of dreams is often painting a picture of the Moon. The Sun seems to be validated by day and at night we have the opportunity to learn more about the Moon.

Venus and Mercury: The mind is observed to have two parts: the left and right hemispheres. Language, logic, reasoning and conscious decision making is accomplished in the left hemisphere, associated with Mercury. The sign placement of Mercury will flavor the tactics one utilizes as they analyze and
classify experience while making decisions. Fire signs will be enthusiastic and innovative. Earth signs will be practical and methodical. Air signs will be inquisitive and hyper-alert. Water signs will be deep and reflective. Venus is associated with the right hemisphere and shows how creative, intuitive or
compassionate we are toward others. Where the Mercury function is classifying experience in terms of the known, Venus is looking at the bigger picture from a somewhat timeless perspective. Venus allows us to understand the deeper
meaning of experience. Since Mercury and Venus are never far from the Sun in the chart, perhaps only two signs and houses will be dominant in the personalitypicture. When the ego is driving the Mercury function to classify experience and
dismiss any transformative ideas, the Venus function serves to imaginatively distance us from it through projection.

Mars and Pluto: Mars is viewed as the lower octave of Pluto, which means that Pluto’s energy will run counter to and transform any behaviors of the libido and
drive that lead to stagnation. Mars is a personal planet representing the libido and Pluto is transpersonal. Both planets have an emphasis on empowerment. Mars is viewed as our libidinal energy and the type of drive that motivates us to
demonstrate our competence and to achieve. Pluto energy seems to ‘happen to us,’ meaning that it is associated more with Shadow projections and the power that we don’t own. The house location of Pluto will show the area of life where we
might continuously wrestle with our Shadow. Dreams of the Shadow often appear as stalkers trying to break into our house because we have disowned some part of our authentic nature. Our enemies are often our teachers and when we can stop reacting and look deeper at what life is teaching us through our encounters – we empower Pluto in our chart. The speed and tenacity at which we assert ourselves is revealed by Mars. The area of life where we identify with our power will be revealed by Pluto’s position and aspects in the chart.

Mercury and Uranus: Uranus is viewed as the higher octave of Mercury, which means that Uranus’ energy will run counter to and transform any behaviors of the left brain, logical function of Mercury. Uranus represents freedom from the known but Mercury wants to classify everything so that nothing remains unknown. The house position of Uranus will show the area of life where we find the opportunity to be different and think in a unique way. The house position of Mercury will show the area of life where we find an opportunity to learn and express ourselves. In dreams, houses can be a reflection of Mercury, in that houses represent our paradigm. Dreams of landslides and earthquakes, similar to how Uranus feels when transiting the chart, show how the foundation of our paradigm must give way when it undermines our growth. Mercury, as a representation of personal consciousness tends to view everything from how it will uphold the status quo.
Uranus acting as a transpersonal planet will transit areas of the chart to overthrow Mercury’s hold on the status quo.

Venus and Neptune: Venus is viewed as the lower octave of Neptune which means that Neptune’s energy will run counter to and transform any behaviors of the creative or compassionate drive that lead to stagnation. Venus is a personal planet (right brain) and Neptune is transpersonal. Both Venus and Neptune have an emphasis on that part of our path that transcends ego concerns. The inclusiveness and compassion of Neptune is always reverberating into Venus.
Both planets can manifest as a signpost to higher consciousness, creativity and spirituality. However, when the energy of either planet is usurped by ego concerns, we see Venus reduced to self gratification and over indulgence, while
Neptune can become a pathway to escapism or addiction. The Venus function is like a conduit that allows us to fathom the incredible depth and power of Neptune. Whether our creative vision leads to faith and optimism or self indulgence and escapism will be revealed by the placement and aspects to both planets.

Saturn and Jupiter: Both of these planets border between personal and transpersonal and each behaves with an opposing tendency. Where Jupiter can show optimism and how we approach expansion in the personal profile, Saturn
shows how we approach discipline and contraction. Their energy is opposite but both perform necessary functions. As transpersonal planets, their energies play out through transits. Jupiter will bring opportunity for expansion or growth in the
house it is transiting, while Saturn tends to force us to buckle down and take a more practical view of the house it is entering. Jupiter can be the ‘big win’ while Saturn can come knocking with burdens and responsibilities that impede us for a period of time. Saturn by house placement will show the area of life we feel deficient but where we focus a lot of energy trying to get it right. For example, an 11th house Saturn might feel like a loner or outcast, but they make the most dedicated friends, always proving themselves in the area of friends and groups. A 2nd house Saturn will fret over finances even while their entire life proves that they have the know how to build up their financial picture.

North and South Nodes of the Moon: There are many stars and constellations in the sky, so why does astrology only focus on a 12? The planets move in what is called an ecliptic. From our perspective on the earth the planets are usually
travelling in a small band of the sky overhead. This band of planetary movement is what gave emphasis to the 12 constellations of the zodiac. The Moon is not traveling in the same trajectory because it revolves around the earth daily. The
North and South Node of the Moon in a chart show where the Moon crosses the ecliptic. These are considered sensitive points in a chart showing the past and the future as if the Moon comes from the South and is driven toward a target in
the North. These are always opposite placements located 180 degrees apart in the chart. The South Node will show our comfort zone, adopted behaviors, genetics and perhaps, past lives. The North Node is a realm that is unfamiliar to us but which needs to be activated in order for us to achieve our potential. 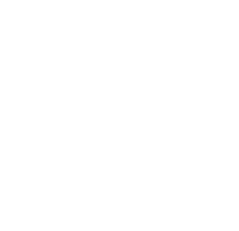