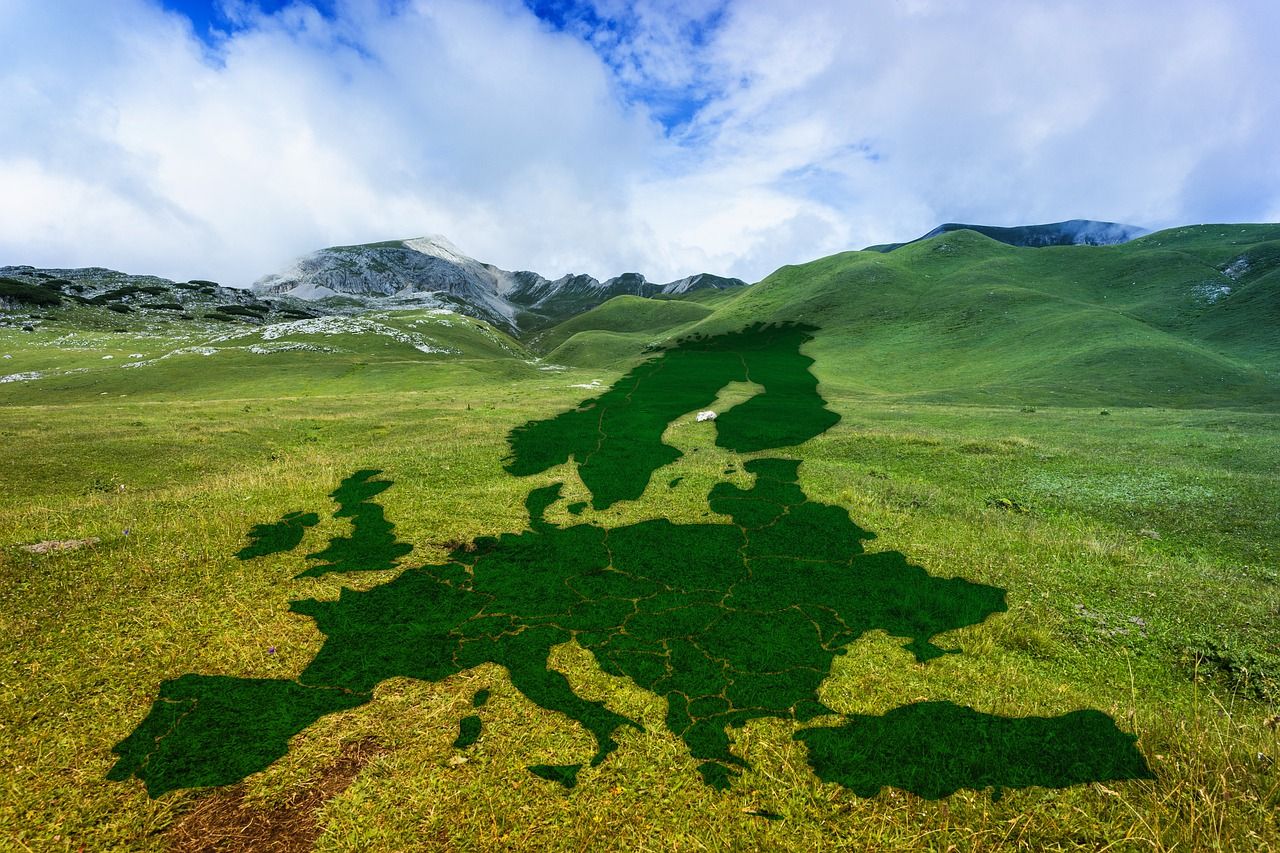 From an ancient Taoist story:

Dissatisfaction and Revolution met from time to time in the territory of Chaos, and Chaos treated them very hospitably. The two rulers planned how to repay Chaos’s kindness.

They said: ‘Men all have seven holes to their bodies for seeing, hearing, eating and breathing. Our friend here has none of these. Let us try to bore some holes in him.’ Each day they bored one hole. On the seventh day Chaos died.

As organisms, we can’t help but organize chaos into something manageable. However, it would seem that to ward off chaos and revolution, a willingness to listen and understand what others find valuable is important.

The natural world is always transforming from order to disorganization, back to order, then chaos again. We, on the other hand, believe we can create a type of order that is unchanging.

We hold our truths to be the most civilized, and build structures to protect our way of life. Anything beyond our walls is considered chaos – or evil. An unknown style of government can only offer a way of life that might destroy us.

Politics is how we establish order and govern our protected areas. The US stands as a monument to democracy, and yet the ongoing battle between the Right and Left has led to stagnation.

Rousseau once wrote: “There is no government so subject to civil wars and intestine agitations as democratic or popular government….Were there a people of gods, their government would be democratic. So perfect a government is not for men.”

And yet, the West asserts that all countries should be democratic.

In the East, they organized a government based on common ownership in production and the absence of social classes. In reality, these governments became autocratic, where the leader is idolized, even while the masses suffer economic scarcity.

Communism evolved into a federal democracy that has come to repress dissent, and so, resembles a dictatorship. They view democracy as something evil because the state-owned media and negative propaganda about the West ensures the ruler stays in power.

Democratic governments under aggressive leadership can sometimes help justify the perception of evil. Examples are when the US went after phony weapons of mass destruction in Iraq, or when the US Capitol was overrun by an outlying minority of white supremacists. Used as propaganda, the bad behavior of the few looks like the entire nation.

What can nature teach us about politics? Nature appears to be built upon a Laissez-faire approach, with a lack of intervention in the survival of the strong. However, there are many examples of the weak being protected by the strong in webs of interconnectivity.

Called mutualism, the idea of mutual benefit and participation leads to the stability of an ecosystem.

Herbivores rely on plants for nourishment. Birds build homes in the trees. Worms and fungi break down waste to nourish the trees, while insects behave like a pesticide.

Bacteria within the digestive tract of animals aid digestion. Oxpeckers feed on the ticks and ride around on rhinos and zebras. They actually fly up and signal a warning when there is danger.

Wolves and ravens too, perform similar symbiotic rituals. The ravens alert the wolves to possible prey and enjoy the leftovers.

Laissez-faire is practiced in business in many societies. The lack of regulations can allow the rich to become richer, while the masses appear to enjoy no benefits. As a form of mutualism, those wealthy enough to build new technologies and commerce applications do provide consumers benefits.

In some countries, a monarchy rules alongside of a constitutionally organized government. This is a hereditary-based form of government, but not all family members in order of succession are competent. There is little the masses can do if the monarch is disliked.

Like military coups that can overthrow a government, in primates, we see alpha males who benefit in reproductive success. This doesn’t mean that the next alpha will necessarily come from their line. It just means that opportunity, power and aggressive tendencies can lead to success.

In the primate world, the alpha males are also responsible for protection. They rely on the backup of subordinate males to help keep control. In nature, mutual participation for the benefit of the whole – is the rule.

The social structure of the bonobo ape is unusual because it is matriarchal. Leaders are ranked by experience and age, rather than aggressiveness. Today, there is much debate whether our more ancient societies were matriarchal or patriarchal.

In nature however, there are numerous examples of matriarchal societies: bees, ants, elephants, bonobos, lions, hyenas, lemurs and meerkats, to name a few.

Because of the rewriting and church’s homogenization of history, we don’t really know the truth about how our ancient societies were governed. However, we can look at the hunter gatherers of today for answers.

According to Dr. Peter Gray: “During the twentieth century, anthropologists discovered and studied dozens of different hunter-gatherer societies, in various remote parts of the world, who had been nearly untouched by modern influences. Wherever they were found - in Africa, Asia, South America, or elsewhere; in deserts or in jungles - these societies had many characteristics in common. … In each of these societies, the dominant cultural ethos was one that emphasized individual autonomy, non-directive childrearing methods, nonviolence, sharing, cooperation, and consensual decision-making. Their core value, which underlay all of the rest, was that of the equality of individuals.”

This appears to be a more reasonable form of government, and by comparison, ours seems primitive.

If nature can teach us anything about politics, it is that there isn’t just one form of leadership that works for all. Cooperation is the driving force of an eco-system’s sustainability. The idea of sustainability means that balance is key in ensuring extremes in any direction don’t bring the entire system down.

Change is often upsetting and comes in the form of chaos. When bricks and mortar retail was replaced by online shopping, we couldn't have known how important this would be to the pandemic. As Europe examines its oil dependencies in the face of war, they may produce innovative energy solutions that better support the climate.

Aristotle believed that the capacity to speak is what differentiated humans from animals. While animals can communicate, human speech allows for a more specific description of what works, what doesn’t, what is good and what is bad.

These ideas are always subjective and that is why along with the mouth – we were also given ears.

Chaos thrives on dissatisfaction, and dissatisfaction leads to revolution. The extremes meet in the middle as if to say only give and take can offset war.

To the Taoist, the greatest of all leaders follows behind. When the work is done, the people all say: Look what we accomplished! We did this ourselves.

And yet, the leader exercised every opportunity to ensure their forward success.