Secrets of the Microorganisms 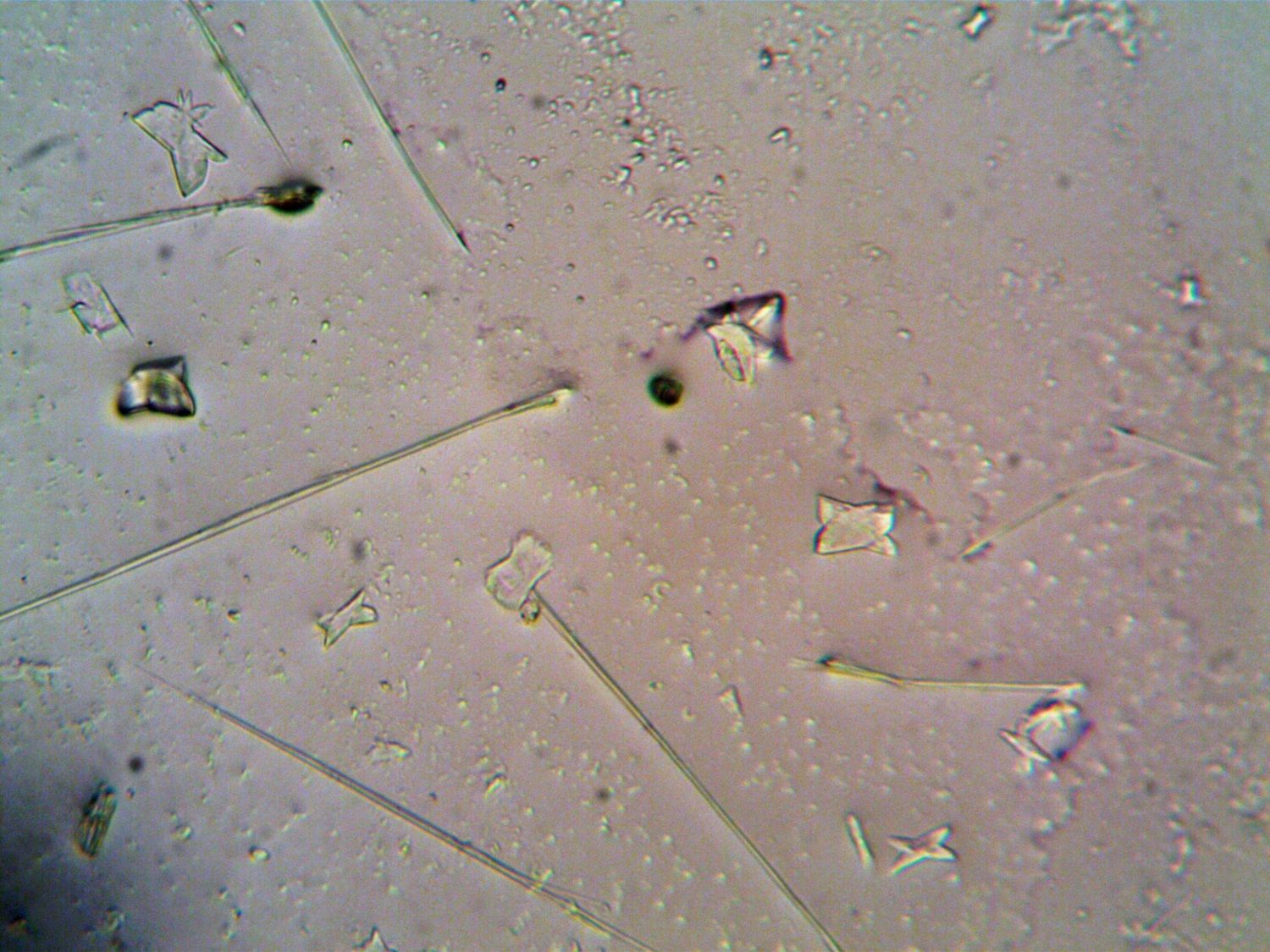 Watch Video: The Viruses that Made us Human

We share our food, shelter and even our bodies with colonies of tiny microbes. We might think of it as an invasion – but it appears to be a symbiotic relationship we have shared since life began.

Microorganisms like fungi, bacteria and viruses are the highly productive, yet unseen regulators of the lowly eco-services in nature. They break down greenhouse gases and release nutrients within the soil, water, and even within our digestive tract. They play an important role in the carbon cycle, food web interactions, and as we are learning, in the way they can introduce mutations into life’s genome.

The virus is the least complex of the microorganisms. It is simply genetic material encased in protein, and cannot reproduce without invading a host. Because it is impossible to trace the virus’s origin back through the deep time of our geological record, we can only learn about viruses by studying our DNA.

Bacteria are single celled organisms that can reproduce on their own. Our cellular machinery is powered by mitochondria and as we will see, they appear to have evolved from primitive bacteria.

Fungi are not plants because they don’t make their own food. Like animals, they absorb nutrients from other organisms. They are eukaryotes that mostly resemble animals in their structure.

Fungi have psycho-active properties in the form of psilocybin that once ingested, is converted into a chemical that triggers changes in the brain. Similar to the ego loss experienced during dreaming, it decreases the brain's 'default mode’ and increases activity in the visual cortex.

While some believe fungi may have played a role in our ancient spiritual and mythic beliefs, we are discovering how all microbes contributed in making us uniquely human.

A virus is considered a parasite because they must break into a host cell to thrive. However, tracing the line between parasitic and symbiotic is not always clear. For example, a butterfly may resemble a parasite, but in return for the nectar, it is transferring pollen among flowers.

We might call humans parasites since they too, can’t survive without consuming other life forms. When binary fission evolved into sexual reproduction, a sperm from a male had to invade a cell within a female.

In fact, the fusion of a male and female gamete, which leads to a fertilized egg cell, is believed to have originated in the HAP2 protein of an ancient viral infection, creating the ancestor of all eukaryotes.

Like fungi, viruses may have also played an important role in the evolution of consciousness. We’d think its most obvious lesson might teach us that invading and destroying our host will also bring about our demise. If we can respect the earth as our host, we might do more to protect the environment.

Life is composed of diverse communities of symbiotic and predator relationships. Animals require oxygen to process energy from food, but the early earth was devoid of oxygen.

Our earliest lifeforms were microbes. We know this because they left a carbon molecule in rocks that are over 3 billion years old. They can bind sediments to allow minerals to proliferate.

2.4 billion years ago, cyanobacteria began a photo-synthesis process that released oxygen into the atmosphere. Most life forms were anaerobic, and to much of life on earth, oxygen was deadly. The anaerobes learned how to survive in the ocean depths and in the digestive tracts of animals.

Tapping the sun’s energy, cyanobacteria became photo-synthesis machines that learned to trap the water and release the oxygen molecule. This increase in oxygen in the atmosphere eventually led to an influx of multicellular life.

Microbes processed chemicals, but did not have specialized cells. It would take the development of organelles to begin building more complex cells like skin, bones and blood. After the Great Oxidation Extinction some microbes engulfed other microbes in symbiotic relationships that allowed both to thrive. Today, these microbes have become the mitochondria within us that allow our cells to process food into energy.

Eukaryotes are organisms with a nucleus and these eukaryote cells have special roles. Groups of cells achieved benefits and protection through cooperation. RNA and DNA launched a complex process of communication to give certain cells specific functions, leading to more complex cellular arrangements. It is believed that RNA and DNA had a viral origin.

800 million years ago, this cooperation created the first sponges or animals. It would take another 300 million years for new life forms to emerge. Those that began to burrow developed what became shells and spines. The evolution of heads and tails offered directional movement and led to more complex predator behavior within the food webs of the ecosystem.

Viruses contain either RNA or DNA as genetic code, surrounded by a simple protein coat. We don’t know whether they were here first, whether they evolved from how plasmids or pieces of DNA began moving between the cells, or if they evolved from bacteria. What we do know is that they gained the ability to move between cells.

Viruses have been intertwined with our evolutionary development since the beginning.

Around 3.4 billion years ago, viruses and bacteria shared a common ancestor. This fully functioning, self-replicating cell appeared shortly after life first emerged on the planet. While bacteria have evolved in increasing complexity, the virus may have shed genes, enjoying reproduction in a more productive way – by invading a host cell.

Viruses lack the mechanisms to produce or use energy on their own. They rely on the cells they infect for energy, but they only need energy to reproduce. They require no energy when outside of a cell.

If productivity can be measured by the output of energy needed for growth,
the virus has achieved a high level of success on the evolutionary scale.

The outer coat of the virus has different protein folds, and is the machinery used to break into host cells. Because viruses cannot reproduce or carry out living processes outside of cells, we can see that cellular development and viruses emerged together.

Viruses and the Evolution of Mammals

Research has shown how the placenta evolved from a viral infection that uploaded a gene into a primitive mammal. Syncytin, a protein virus, fuses cells together to allow the virus to hop from one host cell to another. In mammals, it fuses placenta cells with the uterus and enables the fetus to draw nutrients from its mother.

Organisms make proteins the same way, and viruses can infect animals, plants and bacteria alike. Their ability to bypass cell walls and membranes to re-write instructions has made the virus a powerful player in evolutionary processes. The endogenous retrovirus HERV-K can actually switch genes on or off.

The ZEB2 gene provides instructions for making a protein that plays a crucial role for the development of organs and tissues before birth. This protein becomes a transcription factor, which binds to DNA and controls the behavior of a gene.

ZEB2 is important for the development of the neural crest, a group of cells in the early embryo that form portions of the nervous system and endocrine glands.

Affects on ZEB2 can change the course of development and the number of neurons created. Today scientists observe how viruses can turn genes on and off, leading to the complex evolution of the human brain.

A gene of viral origin coded a protein that allows for long term memory and moves information between cells in the nervous system. Scientists are exploring how a virus may be responsible for how synapses behave, and for how consciousness developed in humans.

Endogenous Retroviral Elements are genomic remnants of ancient exogenous viruses. A review published in Cell in 2016 found that between 40 and 80 percent of the human genome arrived from archaic viral invasion.

Viruses have played an integral role in sustaining ecosystems. Enabled by viruses that destroy bacteria, more than 90% of living material in the ocean is microbial and produces half of the oxygen on the planet.

Beyond any environmental lesson about ‘not killing the host,’ most viruses are not pathogenic and have aided in life's development.

Nature has been perfecting itself for billions of years, and we only arrived seconds ago on a geological time scale. It is doubtful that we could do any long-term damage to the earth, beyond destroying ourselves. But could a virus be nature’s way of waking us up to our pathogenic behavior in nature?

Microorganisms have been major players in global cycles, influencing the turnover and concentration of nutrients and gases. Viruses prop up ecosystems by removing toxins from the environment.

The entire eco-sphere is like a giant membrane where effects bring about changes that reverberate across the microbial, cellular, atmospheric and terrestrial landscape.

This is why our attempts to vaccinate against the effects of Covid should be met with equal efforts to reduce the CO2 we release into our environment. Microorganisms play a key role in climate change biology.

Before you begin to worry that Covid is another one of nature’s extinction events, it is important to remember the role viruses have played since our beginning. They have allowed us to evolve, both physically and in the type of consciousness that makes us excellent problem solvers.

As nature’s oldest and most productive organism, there is much that we can learn from viruses. If nothing else, we may be witnessing nature’s power to thrive.

Life is an all or nothing equation and the strange dynamics we currently face have become an opportunity to recognize our deeper connection to life’s tapestry. It is a connection we are only just beginning to understand.