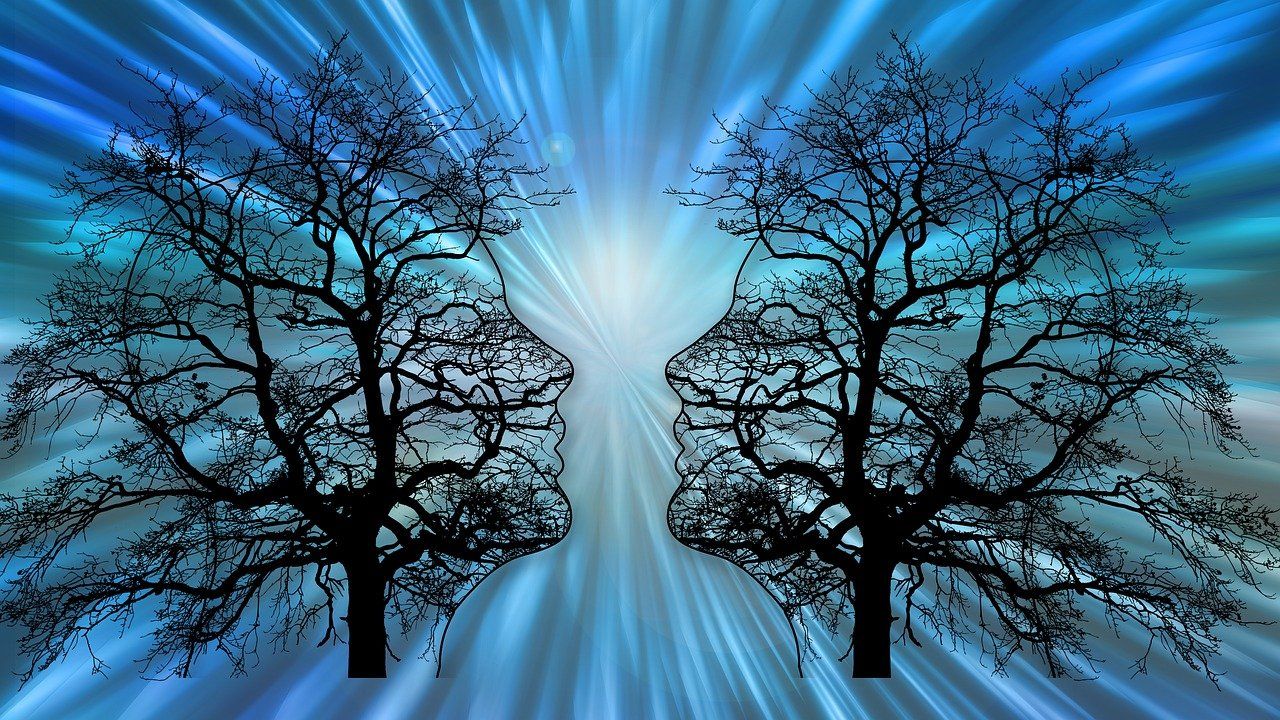 If Nature is intelligent and aware, why would it not be conscious?

Carl Sagan wrote: “Humans are the stuff of the cosmos examining itself.” Indeed, many eastern philosophies present a universe exploring awareness through the awareness of what it creates.

Last month, we explored Nature's Creativity in how nature paired bacteria with the sun to create photosynthesis. The biproduct of oxygen led to an extinction event for the anaerobes, who found protection inside of cell walls. They evolved to become the chloroplasts of plants, and mitochondria in animals, which led to enormous biodiversity.

Although electrical fields and cell walls organize life into separate entities, what Nature really is may not be separate at all.

As cells became more complex, some developed individual functions, while neurons communicate by way of chemical and electrical transmissions.

Our central nervous system has become a complex network of nerves and cells that carry messages from the brain to parts of the body. It also carries sensations from the outer environment back to the brain.

Somewhere in this network of signals – we look for consciousness.

However, much of the activity within the central nervous system does not require our awareness and is carried out through autonomous processes. The reticular activating system, where we explore the seat of consciousness, mediates levels of consciousness and regulates sleep-wake cycles. So even what we call consciousness may not use consciousness at all.

Much of who we are is orchestrated by autonomous design.

Similar to the central nervous system in our bodies, Nature coordinates activity across the entire organism of life. The limitations and boundaries we imagine do not separate us from this interconnectivity.

The flow of chemicals in the brain transforms wakefulness into the dream state. During sleep, we were designed to interact solely with our power to create our world.

Dreaming gives our instinctual urges form – so that our authenticity can manifest. In this way, we can view dreaming as a necessary path to our evolution.

Our defense mechanisms, a biproduct of the central nervous system, can reduce awareness to a fight or flight response based only on survival. But Nature has given us a way of understanding ourselves that is different from what we experience by day.

Consciousness can only be described as a spectrum. On the one end, we are focused on what transpires around us during the day. At the other end of the spectrum, we encounter the ideas that come to limit us by way of dreaming.

We are not unconscious when we dream, although aspects of the brain that include logic and self-awareness abate.

This letting go, just like sleep, is a prerequisite for any type of breakthrough.

Dreaming allows us to work through conflict in a safe environment. Possibilities explored while dreaming will later seep into our awareness during the day. Our outlook is transformed, even while we may not remember the steps we took to get there.

So, when I say Nature Dreams of Evolution, it is to say that whether day-dreaming or night-dreaming, we explore possibilities and formulate options by way of the imagination. Evolution is how the unmanifest becomes manifest.

Why should we manifest our authenticity? Nature designed each individual with specific combinations, drawn from a diversity of DNA. The possibilities it explores cannot be actualized until we are self-actualized.

Just as we would say that Nature or the universe is a type of consciousness that understands itself by way of the consciousness it creates, Nature dreams because we dream.

In the winter, a thousand seeds lay sleeping beneath the snow. They dream of rising as the landscape of spring because one day, that is what they will become.

Perhaps Nature designed dreaming with the same regenerative purpose as the seasons.

Nature dreams of evolution while we sleep and we dream with it.